In June 2016, UPLC brought a case against the Illinois Department of Corrections on behalf of six prisoners who were facing, or had faced, extreme isolation in Illinois prisons. These individuals had been held in extreme isolation for between 6 months and 17 years. The conditions described by the prisoners included being confined, often for 24 hours a day, to small, airless cells with no natural light, reduced food, minimal yard time (and even then, alone in a bare concrete box). Cells are often infested with rodents and insects, and are cold in the winter and stifling hot in the summer. All of these prisoners were deprived of meaningful contact with other people- including other prisoners and their own family member. The court held that "these allegations certainly establish the denial of the 'minimal civilized measure of life's necessities."

“Solitary confinement is torture. Being isolated for days, months, and sometimes years, from meaningful social contact deprives people of one of life’s basic necessities: social interactions. This sort of isolation causes permanent damage to people’s mental health—damage which continues long after a person is released from solitary, and even after they are released from prison. We look forward to the day when Illinois stops torturing people in its prisons.” - Alan Mills, UPLC Executive Director

In March 2017, the federal district court ruled that prisoners had alleged sufficient facts to prove that the extreme isolation prisoner are subjected to in solitary confinement violates the prohibition against "cruel and unusual punishment" of the Eight Amendment to the United States Constitution. The court also ruled that the conditions in these units, as described by our clients, were so bad that prisoners could not be transferred to solitary confinement without a hearing, and that Illinois violated prisoners' constitutional right to due process by holding what the prisoners described as "sham hearings." 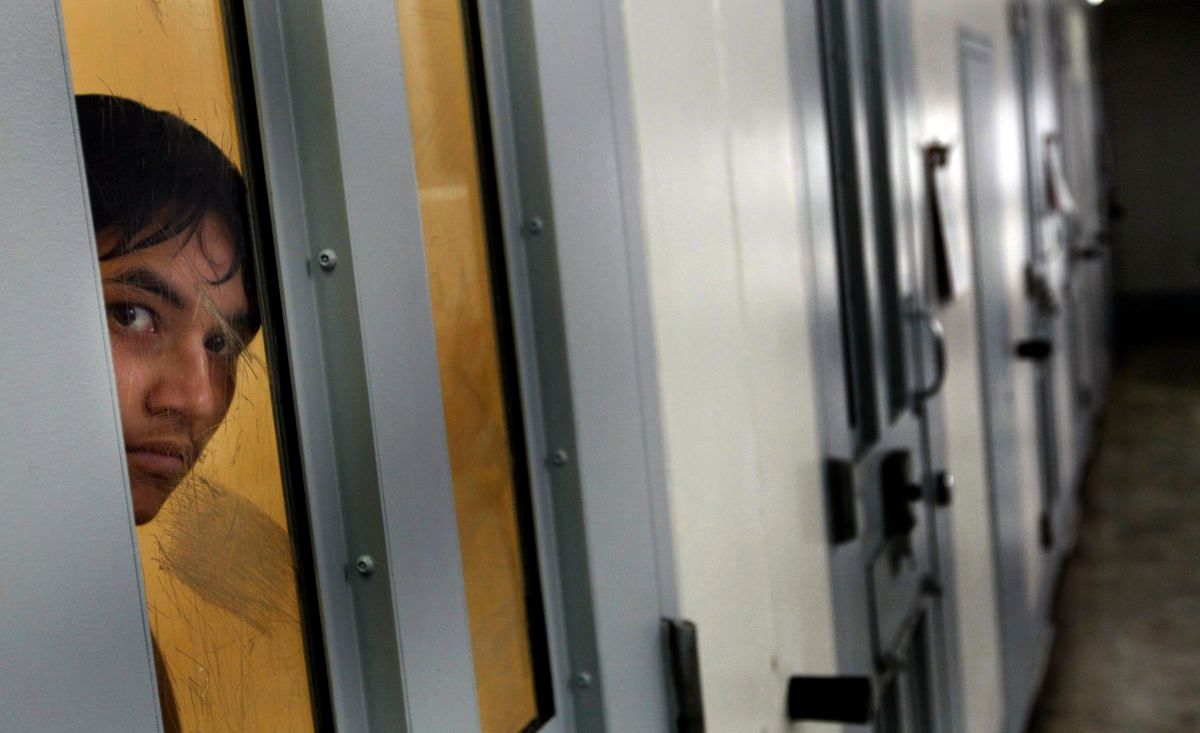 They Survived Solitary Confinement. Now They’re Fighting to End It.

For nine and a half months, Lydia Thornton was locked into her cell nearly 24 hours a day. All of her meals were slid through a slot in the cell’s steel door. She was allowed outside to shower three times each week. Through cinderblock walls, she could hear women in adjoining cells screaming for hours on end. Sometimes they threatened to kill themselves, a threat often followed by an eerie silence. 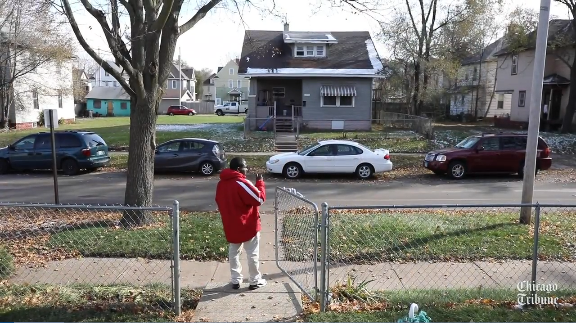 With his mental state deteriorating as he sat in the crushing isolation of solitary confinement, a desperate inmate named Anthony Gay saw a temporary way out.

Sometimes it came in the form of a contraband razor blade. Occasionally it was a staple from a legal document or a small shard of something he had broken.

The Illinois Department of Corrections recently published proposed regulations which take some important steps towards reducing the harm done to those held in solitary confinement in Illinois prisons. However, the regulations continue to allow solitary far in excess of the 15-day maximum permitted under international law, and fail to address many of the inhumane conditions in… 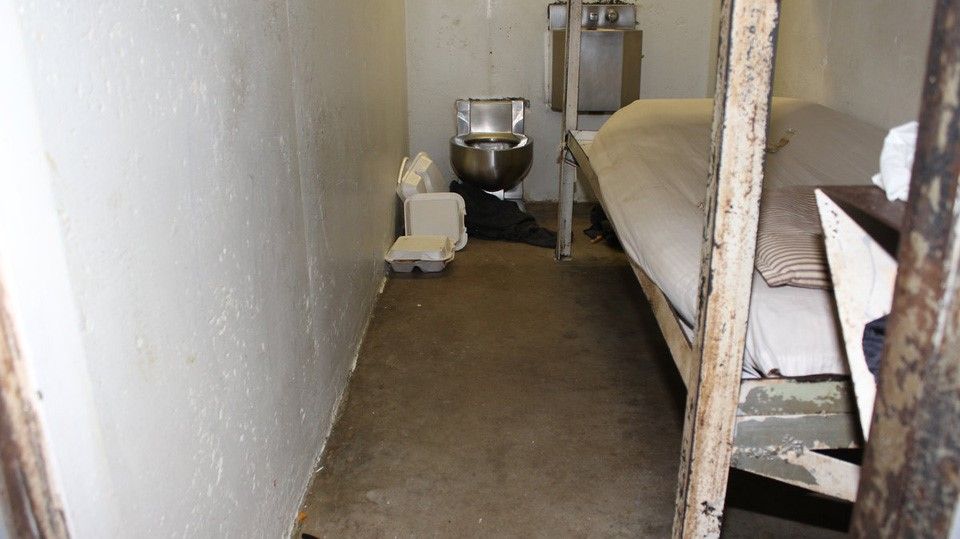 "For the last several years, Fields has been held in solitary confinement at Menard Correctional Center in southern Illinois. The practice, which international standards define as the physically-isolated incarceration of individuals in a cell for 22-24 hours per day, constitutes a form of torture according to a recent report from a committee of the United Nations Human Rights Council." - People's World

We hold approximately 100,000 people in solitary confinement — locked in their cells involuntarily 22-24 hours a day, with no meaningful social contact. And solitary is torture. Five years ago, I would not have said that — I thought that sentiment denigrated “real” torture, was inflammatory, and would alienate potential allies who thought solitary wasn’t a good idea but would be turned off by charges of torture. 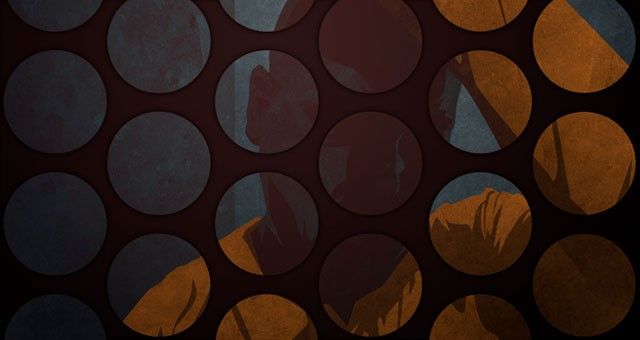 "People Are Being Tortured in These Units": The Fight Against Solitary Confinement

"When Daletha Hayden arrived at California's Pelican Bay State Prison on Valentine's Day weekend, she expected to visit her son Ian Whitson with a glass window separating them. That was how they had spent each and every one of their visits over the past seven years after Whitson had been labeled a "gang associate" and placed in the Security Housing Unit (SHU) in 2009. There, he was confined to his cell for at least 23 hours each day." - TruthOut 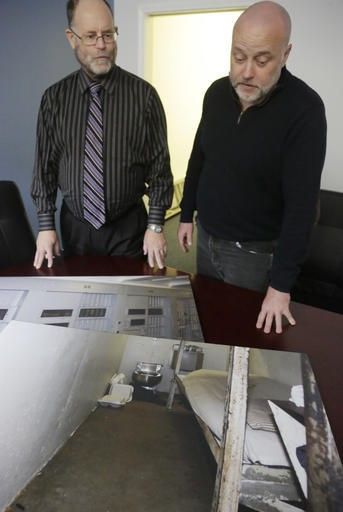 Illinois seeks to limit use of solitary confinement

"In this April 21, 2016 photo, Brian Nelson, right, prisoners' rights coordinator, and Alan Mills, executive director of the Uptown People's Law Center, look at photos of Nelson's former cell at Illinois' Menard Correctional Center. Nelson served years in prison for armed robbery and murder, many of which were in solitary." - The Southern Illinoisan 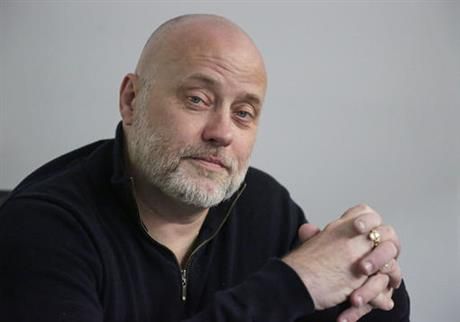 Illinois seeks to limit use of solitary confinement

"SPRINGFIELD, Ill. (AP) — Brian Nelson’s years in solitary confinement left him terrified of other people, and he says he can still taste the concrete dust from his cell, even though he’s been free since 2010." - AP News

"On Nov. 19, 2014, the door clanged shut behind David Sesson and Bernard Simmons. Sesson put his hands through the food slot to have his handcuffs removed." - NPR News

"Bernadette Rabuy is the Policy & Communications Associate at the Prison Policy Initiative. Bernadette's research has focused on prison and jail visitation and making key criminal justice data accessible to the public." - The Real News