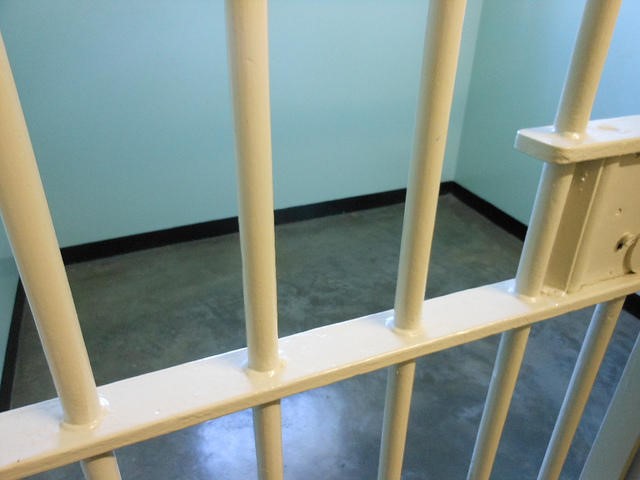 CHICAGO, IL (March 17, 2020)— A long list of civil rights groups have signed an open letter to Governor Pritzker (below) with demands related to prisoners in light of the COVID-19 outbreak in Illinois. The demands include early release of: prisoners due to be paroled within 120 days; those with viable clemency petitions; those who are pregnant, postpartum, or living with their infants; and those who have health conditions, including the elderly.

"There are far too many people in our prisons, and most prisoners don’t need to be there. IDOC has eliminated all social visits to prisoners, but the idea that they can keep the coronavirus from getting in is a pipe dream. Once this virus is introduced into the prisons, there will be no way to stop it from spreading like wildfire," said Alan Mills, executive director of Uptown People’s Law Center, one of the organizations that signed the letter to Pritzker.

In prisons, many of the most basic disease prevention measures are against the rules or simply impossible for prisoners to follow. Covering one’s mouth when coughing is not feasible when handcuffed behind one’s back. Prisoners are not provided with enough soap to allow regular handwashing, and hand sanitizer is considered contraband for its high alcohol content. Social distancing can’t be practiced in confined spaces.

The Illinois Department of Corrections is notorious among prison experts nationwide for being overcrowded and understaffed. Medical staff in Illinois prisons were already overstretched pre-pandemic, as recognized by a federal court last spring with the settlement of Lippert v. Jeffries. Lippert is a class action lawsuit brought by ACLU of Illinois, Uptown People’s Law Center, and Dentons, alleging that the health care in Illinois prisons is so poor it constitutes "cruel and unusual punishment," in violation of the Constitution.

Governor Pritzker, who announced criminal justice reform as a priority shortly after taking office, has been a nationwide leader in implementing policies to help prevent the spread of the coronavirus. Ireland and Iran have released thousands of prisoners, and hundreds of people being held in Ohio and Los Angeles jails are being released, due to the outbreak.

"The coronavirus presents an imminent threat to people in Illinois, both in custody and free. The steps set forth in this letter are critical to ensuring the health and safety to all individuals in IDOC, and to protect against overwhelming the state’s health system," said Sarah Grady, a civil rights attorney at Loevy & Loevy. "If the governor waits until the pandemic hits IDOC to act, it will be too late."

Re: Coronavirus in Illinois Prisons

The COVID-19 pandemic represents an unprecedented threat to men and women who are incarcerated in IDOC custody. These individuals are held in close quarters—several feet closer than the six-foot distance that you and the CDC have recommended for individuals not held in custody. They are simply not able to engage in the “social distancing” that public health officials have stressed is mandatory to combat the rate of illness. As a result, if any one of these individuals becomes infected with COVID-19, nearly everyone within the prison will face a dangerously high risk of becoming infected.

If and when (as is likely, given reports from countries like Italy who are experiencing our rate of infection just weeks ahead of the United States) IDOC prisons experience an outbreak, the prison’s health system will be overwhelmed. That, in turn, is likely to overwhelm local outside hospital systems where sick prisoners are referred, which will render them unable to provide lifesaving treatment to the population—both incarcerated and free—that need it.

We are thankful that at this point IDOC does not have any positive cases. To avoid contamination, in addition to the steps already announced by IDOC, it is imperative that you take action to ensure that every individual in IDOC custody today who can be released in a way that is consistent with public safety, is released.

This administration has taken the lead across the country in ensuring that the threat faced by the COVID-19 pandemic is taken seriously. In keeping with this administration’s initiative, we implore you to take the following immediate steps to protect the vulnerable individuals in IDOC custody, as well as the individuals who work there:

1. Immediately order the release of individuals whose release dates are within 120 days. These individuals have already worked with prison staff and those outside to confirm that they will be returning to a confirmed home site, and have release plans.

3. Prioritize release for any individuals whose release plans are pending host site approval. These individuals have a place to return, but are simply waiting for IDOC to approve. These people should be prioritized, and once approved, immediately released.

6. Take all actions necessary to maximize good time credits. Under Illinois law, 730 ILCS 5/3-6-3, the IDOC Director “may award up to 180 days of earned sentence credit for good conduct in specific instances as the Director deems proper.” This provision should be used proactively to reduce the population in IDOC facilities.

7. Evaluate individuals who are pregnant, postpartum, or living with their infants in IDOC programs. Pregnant and postpartum women, as well as the babies in the Moms and Babies nursery, are particularly vulnerable to illness. People who are pregnant often have suppressed immune systems and can also have decreased lung capacity, complicating respiratory illnesses. High fevers can also lead to birth defects and miscarriage. The majority of pregnant people and participants in the Moms and Babies program have release dates within the next twelve months. Their release should be prioritized through all available means.

8. Evaluate individuals who are assigned to Health Care Units and chronic care needs for consideration of early release. These are vulnerable populations who require significant staff time and resources. If these individuals have sentences that allow for consideration of any form of early release, and home placement options, steps should be taken to get them released as soon as possible.

9. Take steps to limit intake into IDOC facilities. As we are quickly learning from public health experts, the safest way to protect against outbreaks of COVID-19 is to limit the number of social interactions. We urge you to take action to decrease the number of individuals being taken into IDOC custody, including by placing any limits allowable on receiving, by asking courts and prosecutors to adjust sentencing priorities to avoid incarceration to the fullest extent possible.

10. Ensure that the IDOC has the resources necessary to combat a possible COVID-19 outbreak in one or more IDOC facilities. It is imperative that IDOC have the resources that it needs to provide supplies to both prisoners and staff. This must include unfettered access to soap and cleaning supplies for prisoners, and thermometers and protective gear for staff.

These actions are a necessary first step to minimize the likelihood of an outbreak in IDOC facilities, and to contain the virus within the state. Many of the individuals in IDOC custody are among the most vulnerable for catastrophe should an outbreak occur. We hope that you will approach their health as seriously as you have approached the health of the rest of the state.

The organizations below would welcome an opportunity to speak with you or members of your administration about how to effectively respond to this public health emergency and protect the health and safety of individuals and IDOC custody and the Illinois community.