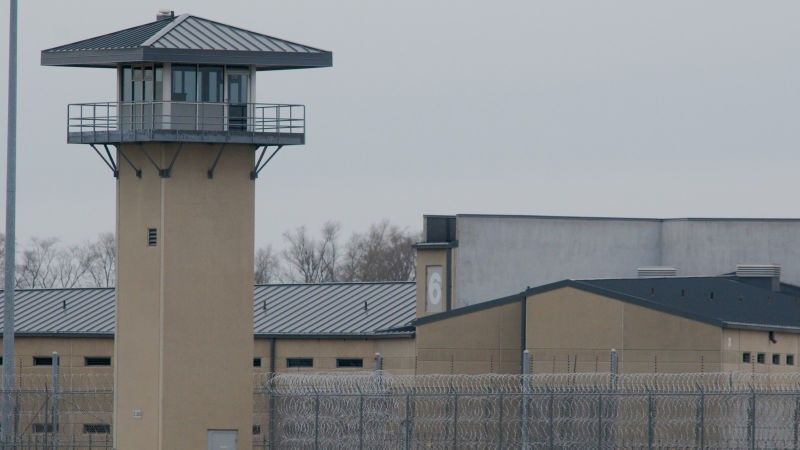 Molly is a young woman confined at Logan prison—Illinois’ main prison for women. Molly suffers from a serious mental illness. She takes many drugs every day (including Haldol, Cogentin, and Tegretol) to try and maintain some semblance of functionality. One of those drugs, Haldol, a powerful anti-psychotic, is what is known in prison as an “involuntary med”—something that the psychiatrist has ordered that she be given whether she wants it or not. The other drugs she takes voluntarily and has the right to decline. Her drugs are not given to her in pill form. Instead, they are crushed, and then given to her in individual paper tubes, one dose per tube.

On June 30th the nurse who gave Molly her drugs did not give them to her in separate tubes. Instead, the nurse mixed them all together after they were crushed. Molly refused to take them that way, as she wanted to know which drugs she was being given. The nurse insisted that she was required to take all the drugs—which was not true. Rather than offering Molly the drugs separately, or having her talk to a mental health professional, the nurse called out the “Orange Crush”—the tactical team responsible for using physical force to make prisoners do what they are told. The Orange Crush leader gave her a “direct order” to take all of the drugs. When Molly again insisted that she had the right to refuse some of the drugs, the Orange Crush team pepper sprayed Molly, rushed into her cell, manhandled her, tied her to a bed, and forcibly injected her with Haldol.

As if this gross misuse of force were not enough, Molly was given a disciplinary report, charging her with “disobeying a direct order”—the order to take all the drugs mixed together. She was found guilty, and then to add insult to injury, she was ordered to repay the State of Illinois $6.50—the cost of the pepper spray.

Afton had a horrid childhood—she was severely abused by both parents, starting when she was 2 years old. From age nine, she has continuously been in foster care, an institution, prison, or homeless. Unsurprisingly, she developed a severe mental illness, including severe PTSD. For years, she was not being properly medicated, and as a result, her mental illness did not improve. She has repeatedly attempted suicide several times. As a result, she was placed on “crisis watch” for almost 10 months last year. Most recently, she spent 47 days on crisis watch. While on crisis watch, she was stripped of all of her possessions—not even allowed her eyeglasses (without which she is legally blind). At times, she was allowed only a special suicide smock as her “clothing.” Sometimes, prison officials went even further and placed Afton in five point restraints—that her hands and feet were strapped to a bed, and a fifth strap went across her chest.

On May 14th, while on crisis watch, Afton was found unresponsive, sitting in her cell. She was having a flashback, caused by banging chuck-holes which triggered a flashback to an early traumatic experience with guns. Rather than offer treatment, mental health staff ordered that she be placed in restraints. She was still non-responsive, so the mental health workers—again, rather than offering treatment, called for the Orange Crush to forcibly remove Afton from her crisis cell and place her in restraints.

When Afton did not respond to the orders from the Orange Crush, they rushed the cell, slammed their shield into her, forcing her to the floor. They then frog-marched her and threw her in a cold shower, where she regained awareness of her surroundings. They then forced her into restraints.

Having used force, when mental health care was called for, the guards charged her with a disciplinary violation—again, “disobeying a direct order.”

We are appalled at the Department of Corrections willingness to resort to use of force as a substitute for medical treatment for people in crisis. The idea that someone who is so severely mentally ill that they require involuntary injection with powerful anti-psychotic drugs, or someone who is catatonic as a result of a flashback, can be formally punished for not following a direct order is beyond cruel to nonsensical. We are committed to fighting to stop these abuses in Illinois’ prisons.