Piercing the Veil of Secrecy Around Solitary Confinement 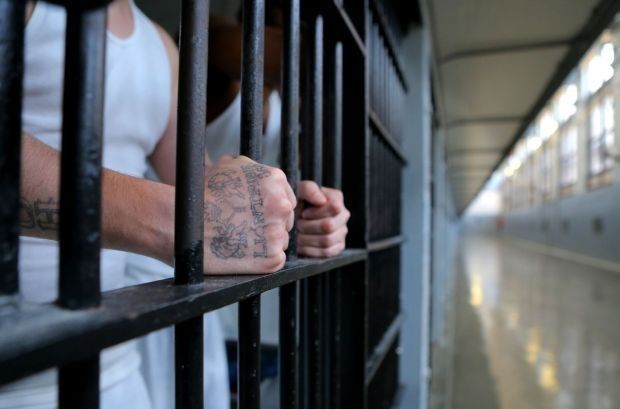 Dr. Keramet Reiter has uncovered what should be a national scandal in her new book, 23/7: Pelican Bay Prison and the Rise of Long-Term Solitary Confinement. Over the last two decades, Pelican Bay, California's notoriously brutal supermax prison, has housed thousands of people who are locked in solitary cells alone, 23 hours a day, for years. Despite its controversial regime of extreme isolation, Pelican Bay was built with no public debate at all. No public hearings. No legislative hearings. The legislature did not vote to build a supermax, the legislature was not even briefed on the plans for a supermax. Local community officials were not told a supermax prison was being built. There was no "blue ribbon commission" which recommended a supermax. Rather, California prison officials decided behind closed doors that they wanted a supermax prison, and proceeded to exempt themselves from all traditional checks and balances so they could build it in secret. This secrecy continued after it opened. There is no publicly available data on who is housed at Pelican Bay, why they were chosen, how long they are kept there, or even how many people have been released from Pelican Bay. In other words, Pelican Bay has wreaked havoc on the bodies, minds and souls of thousands of people, with no public accountability at all.

What does a researcher do when she discovers that there is no record of policy deliberations to research? Dr. Reiter's solution was to turn to the officials who did plan it, and pry open the closed decision making process. What motivated them? What were they trying to accomplish? What impact has their experiment had on the human beings confined in Pelican Bay? The story she uncovered is fascinating.

It all started with the Black Panther Party. George Jackson was an internationally acclaimed author, a leading member of the Black Panther Party, and a fierce critic of the prison system of the day. He had been repeatedly denied parole for a petty armed robbery (a crime for which people were normally paroled after a year or two) because of his political activism. On August 21, 1971, he was gunned down by guards in San Quentin’s prison yard. A few days later, prisoners at Attica held a day of silence and work stoppage in Jackson’s honor, which set the stage for the Attica uprising a few days later on September 9, 1971.

Attica and San Quentin were hardly the only prisons wracked by violence in the 1970’s. Prisoners occupied and set fire to portions of the Oklahoma State Prison (1973), prisoners took over a cell block in Illinois’ Joliet prison (1975); prisoners took control of portions of Pontiac prison in Illinois (1978); and New Mexico State Penitentiary (1980).

In all, there were 39 prison riots in the United States between the death of George Jackson and the riot in New Mexico. The question is why? Prisons in the 60s and 70s were in a state of transition, reflecting changes in the broader society. Prisons of the era between the Civil War and the 1950s largely operated out of the public view. The courts took a hands-off approach, uniformly ruling that the federal courts had no jurisdiction to review the actions of state officials. Prisons of this era were overcrowded, understaffed, and brutal, focused exclusively on compliance—with rules enforced by harsh discipline.

This all began to change in the 1950s. As the civil rights revolution began in the federal courts, civil rights activists began to fill the prisons and jails (particularly in the South), and lawyers started to pay attention. At the same time, people who were sent to jail no longer were isolated individuals. The Black Muslims recruited heavily in prisons, providing an ideology and organizational structure shared by prisoners nationwide. The war on drugs meant that prisons were locking up thousands of gang members—who of course were part of a pre-existing hierarchical organization which continued to operate when its members were placed behind bars. This clash between old-style prison administration, and newly organized, politically aware prisoners erupted in violence when prison officials refused all attempts to bring about reform through peaceful means, and instead sought to suppress dissent by resorting to violence.

Prison officials have a different narrative. In their view, George Jackson was not a politically astute thinker and author; he was the founding member of a violent prison gang, the Black Guerrilla Family. He was not a political prisoner; he was a murderer who had already killed one guard. He was not killed because of his political views, but because he led a riot during which several guards and prisoners were killed, using a gun smuggled into the prison by his lawyer. They view Jackson not as a martyr, but as emblematic of a new breed of prisoner, one whose sole goal in prison is to leave a trail of violence—against staff and other prisoners—wherever they go. Prisoners so violent that they cannot be controlled in traditional segregation units (Jackson was held in the highest security unit in California’s most secure prison). In the narrative pushed by prison officials, the wave of prison uprisings were not the sign of a prison system well behind the times in desperate need of reform; they were riots led by gang leaders like Jackson, ruthlessly using violence to continue their criminal enterprises behind bars.

Dr. Keramet Reiter, in her new book, 23/7: Pelican Bay Prison and the Rise of Long-Term Solitary Confinement examines these competing narratives, and concludes that together they gave rise to the phenomena of supermax prisons. On one hand, federal judges, legislators, and prison reformers were increasingly putting pressure on prison officials to ameliorate the conditions in old-fashioned solitary units, like the one at San Quentin where George Jackson was confined. These units were old, filthy, airless, cramped, and often extremely violent places. The courts ordered many to change, or close. At the same time, prison officials felt that these units were not sufficiently secure to deal with what they viewed as the new breed of ultra-violent criminals populating prisons. The solution prison officials came up with was to build new prisons which, on their surface, were clean, high-tech, well-ventilated (many were even air conditioned), well-lit, and secure.

These “supermax” prisons, as they came to be called, were designed from the ground up to minimize contact between staff and prisoners, and to eliminate all contact between prisoners. Prisoners could be locked in their cells 23 hours a day, 7 days a week (hence the title of Dr. Reiter’s book). They would never have to touch another human being. Food was delivered to the cells through a food slot which was designed to completely eliminate any direct interaction with staff. Prisoners could be moved to “yard” (a concrete box slightly larger than a cell) and showers by remotely opening their doors, allowing them—always one at a time—to walk from their cells to the yard or shower, where they would be (again remotely) locked in until they were released to walk back to their cells. Religious services, and most medical services were delivered at cell fronts, with staff communicating with prisoners through the small perforations in the steel doors. Even lights and water were controlled by guards from the outside of the cells.

Prison officials claimed that it was only the “worst of the worst” prisoners who were confined in these units—prisoners who could not be controlled in even maximum security segregation cells, as they continued to use their leadership position in gangs to force other prisoners to engage in violence.

Despite these universal claims by prison officials, no state regularly publishes data on who is in supermax prisons, what they did to get there, or how long they have been there. Illinois is exceptional in that it published a detailed “snapshot” of who was at Tamms supermax on the tenth anniversary of its opening. The numbers in that report are instructive. While 89.7% of the prisoners in Tamms had committed a murder or Class X felony (Illinois’ most serious crimes after murder), this was virtually the same as the percentage in Illinois’ maximum security prisons as a whole (86.1%). Less than 10% of the prisoners who were at Tamms for disciplinary reasons were gang leaders, and 88% had not been convicted of any crime while in prison. Even among those sent to Tamms for “administrative reasons” (typically alleged gang leadership), less than 7% had been convicted of a crime while incarcerated, and less than half had any record of an assault on either staff or another prisoner.

Dr. Reiter did not have the advantage of similar data from Pelican Bay. However, what data she was able to get from prison officials raised serious questions about just how dangerous the men held at Pelican Bay actually were. The vast majority were serving fixed terms, not life sentences (which were given to most defendants in California convicted of the most serious crimes). Thousands were released directly from Pelican Bay to the street. Most had not been convicted of a crime while in prison.

While many prisoners at Pelican Bay clearly were not among the “worst of the worst,” what Dr. Reiter did find was that huge numbers were seriously mentally ill—either before they were sent to Pelican Bay, or once they had spent time in Pelican Bay’s extreme isolation cells.

The pervasiveness of mental illness among prisoners locked in the extreme solitary of a supermax prison is also apparent from the Illinois data. Among people confined to Illinois’ supermax for disciplinary reasons, over 80% had been diagnosed as mentally ill. Of those who had been confined at Tamms for nine or more years, over 70% had received mental health services. While Dr. Reiter was only able to find a few prisoners who had been released from Pelican Bay and were now free, those she did find uniformly continued to suffer the effects of being held in isolation—even years after their release. I have worked with scores of people who served time in Illinois’ lock-down prisons. Every single prisoner I have worked with was damaged from their time in supermax. Everyone continues to experience signs and symptoms of post-traumatic stress disorder, persisting for years after they are released from prison.

Dr. Reiter has made an important contribution to our understanding of the modern rise of extreme isolation in our nation’s prison system. By digging deeply into archival material, she has unearthed the hidden history of the rise of Pelican Bay. She does an excellent job of putting the story of Pelican Bay into the larger context of the rise of supermax prisons nationally, and the fundamental changes in the entire prison system since the 1960s. Finally, she weaves the stories of half a dozen individuals through her narrative. She gives life to those directly impacted by solitary confinement, and does a masterful job of describing them as fully fleshed-out people—not caricatures of “violent criminals,” or bare statistics. She reminds us that these are human beings who have been damaged by this country’s experiment in extreme isolation.

We need many more of these individual stories, so we as a country can understand just what we have done, and how far from reality the narrative has strayed, pushed by prison officials since George Jackson’s murder in 1971. There are human beings, much like you and me, trapped in these solitary units—100,000 of them, by most recent estimates. These individuals need to be centered in the ongoing debate about mass incarceration and solitary confinement.

Disclosure: I received a free copy of the book from Yale University Press, in exchange for an honest review.