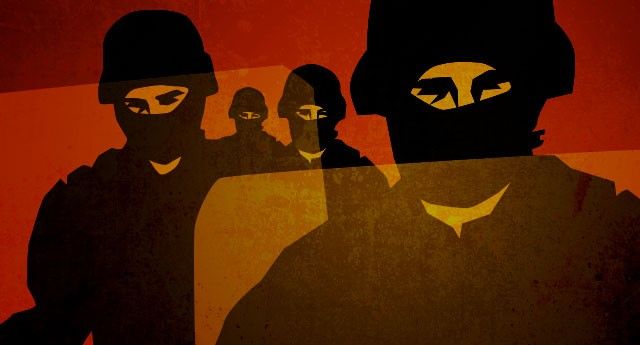 One troubling factor is that we receive copies of the grievances, but in almost every case the grievances have either been lost, misplaced, thrown away or possibly not filed properly.

The humiliation and forced “nut to butt” escorts by the statewide tactical team violate the Prison Rape Elimination Act. There is no justifiable purpose. The use of forcing prisoners to walk with their genitals touching the prisoner in front of them buttocks and or hands is designed to demoralized and humiliated and its existence is disgusting. Upon a FOIA request by family members concerning the “nut to butt” line escort, the official response for denying a copy of this rule is that, “This directive goes into great detail on the rules regarding inmate movement...” Forcing prisoners to participate in this “nut to butt” movement under the threat of physical force or the placement in segregation status is appalling and torturous.

In addition, each letter, grievance and phone call from either family members or a prisoner we receive also discusses continuous sexual explicit comments directed towards the men as they are forced to stand with another man’s genitals in their hands or rubbing against their buttocks.

Also contained in all these are reports of the repeated use forcing prisoners to stay in “stress positions” for hours. This was classified as physical torture the United Nations. Men are denied the use of the washroom thus forced to soil themselves and in several instances men have passed out. A recurrent pattern during these incidents is that none of the tactical officers wear name tags, thus, they are deliberately secreting their identities for the purpose of avoiding any type of official reprimand or repercussions.

These men deserve to be treated humanely and respectfully.  In all of the years that we collectively have been involved in doing this work have never heard of this happening in any other state prison system.